Chromapolis ICO scandal. This is it, gentlemens

What is Chromapolis and what’s going on?

Chromopolis was developed by ChromaWay, a blocking unit in Sweden, which has been taking part in this industry since 2014. Its introduces relational databases to blockchain to address increasingly complex data structures of decentralized applications. A relational model also allows Chromapolis to leverage the power of SQL database management systems, a staple mechanism for data management with a history of proven usage. Sophisticated query planning, advanced data structures and caching capabilities allow for expedited code ICO Chromapolis aims to raise funds to launch a fully featured, decentralized platform and development protocol. 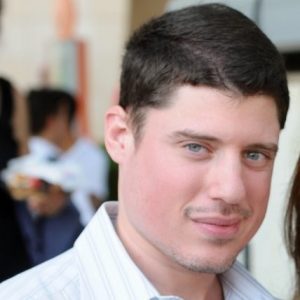 Or Perelman –  COO and co-founder of Safebit

It started with a letter written by people who exposed corruption in Ian Balina’s private group. The letter is called: “Letter to the community: before investing in ChromaWay … You should read this …”

Ian Balina is an influential blockchain and cryptocurrency investor, an advisor and evangelist. He appeared in The Wall Street Journal, Forbes, CNBC, Huffington Post, The Street, INC and Entrepreneur Magazine for his work on analytics, cryptocurrencies and entrepreneurship. Several times he supported ChromaWay in social networks and that is how he involved in the scandal.

The letter from private group states that while the ChromaWay community promotes the fact that there are no open-ended investment rounds, there is a direct confirmation that the unlocked round was worth $ 2.5 million with the first allocation that Ian Balini owns. “We know for a fact that Ian Balina has a 100% unlocked allocation as we are members of his inner private group that are bringing this to the attention to the community, our reasons will be disclosed later on. These tokens have already been re-sold and purchased by the inner circle, but we feel that another investment like this to hit the community will destroy the ICO investing space completely,”

Advisor of the project Benn Godenzi and CEO Or Perelman explained incident: everything that was in the letter was presented by the FUD campaign against them. But the show has already begun.

After that, the team decided to send a reply using the telegram channel by Benn Godenzi. They explained that all the points outlined in the ChromaWay Tipsters letter do not correspond to reality. In the end, the Ian Balina’s pool was put on the Etherscan near the address of Primablock. They had 7,000 ETH worth 2 million dollars, very close to $ 2.5, made in a letter that the CEO himself called “nonsense.”

This situation has brought over 1,000 new visitors to the ICO Check channel, who wanted to join the discussion and hear explanations from the Chromaway Advisor. And people began to check Benns’s claims on transparency in the virtual currency and ICO space.

Investors in this ICO and ChromaWay team are trying to separate themselves from these situations.

Benn Godenzi confirmed that the team gives him poor information about the whole situation. In addition, he does not agree with the fact that Balina brings together 8800 ETH and that he has the same figures as everyone else. However, Benn Godenzi explained that he advised ChromaWay and that he had access to a distribution letter.

Here is a twit from the 17th of August:

The company responded that allocations hadn’t been confirmed. The implication is that the unlocked tokens were making their way into the public pools and the ChromaWay one fully aware of that time they would also add weight to the allegations the ChromaWay, Godenzi and Balina.

The situation is difficult now because there is a lot of incomprehensible. Even 100X advisers resell their allocation to smaller pools for markup. This scandal gave a start to discussion about influencers.

Here is a link on another article about consequences that this situation entailed to cryptospace:

As a conclusion, the project is actually very compelling but the way in which they’ve operated their private cell and how this scandal effects community, is surely going to damage them in some form of “rollover”.

Despite the fact that the uncertainty about the current state of the ChromaWay platform, and true, said in the words of the founders, this is a critical lesson for the crypto community. It is impossible to experience such situations from one day to another.

pylypenko
We live in the crypto era. Blockchain is a multifaceted concept that cover events everywhere in the world. I would like to keep an eye on the most fresh events from the crypto sphere.