Who else believes in ICOs?

Investments in the ICO are falling down and in August 2018 funding was the lowest for 16 months,raised just $326 million. It is the smallest amount since May 2017, according to data compiled by Autonomous Research. Just compare these funding with investments in the ICO during the first three months of the year – about $3 billion on average.

The highest investment figure was fixed in December 2018.

One of the main catalyst for raising Ether’s price last year were ICOs using the Ethereum blockchain. While some of those projects turned out to be scams, others simply failed to capture the interest of investors due to low-quality projects or lack of promotion.Correspondingly, these sentiments on the market were reflected in the Ether’s price, which is extremely low today.

So,is this the end of coin boom ? 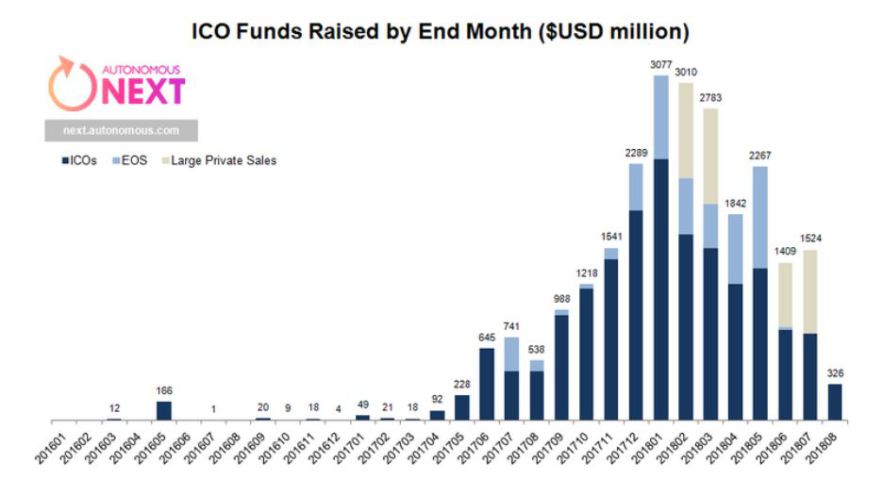